I decided to stick to the Sans Rival cake just due to the amount of time I had available. The semester is winding down for my graduate class and my time is pretty limited but baking is a great stress relief for me … well most of the time.

The Sans Rival cake is a sponge cake. It traditionally has cashews in it but it seems my mother only baked with pecans and that is all I bake with too. I had the pecans in the pantry and it is hard to turn down anything with them in it so I figured pecans was the way to go. Brian’s comment was the pecan flavor made the dessert more “Southern”. Maybe those years living near the pecan plantation in South Carolina did wear off on my mom and that is why she bakes so much with pecans! It doesn’t really matter though as the pecan version was amazing. Brian requested to keep the traditional recipe (no chocolate). I decided to add the vanilla to the french buttercream icing because I love vanilla flavoring. My first attempt at the icing was not a success but the second time it worked thanks to Brian!

The icing seemed a bit skimpy to me to cover the sides and top pretty but the pecans along the edges made a nice finishing touch for sure. I went along the upper edge to just continue the decoration a little like I have seen with some other “fancy” cakes. 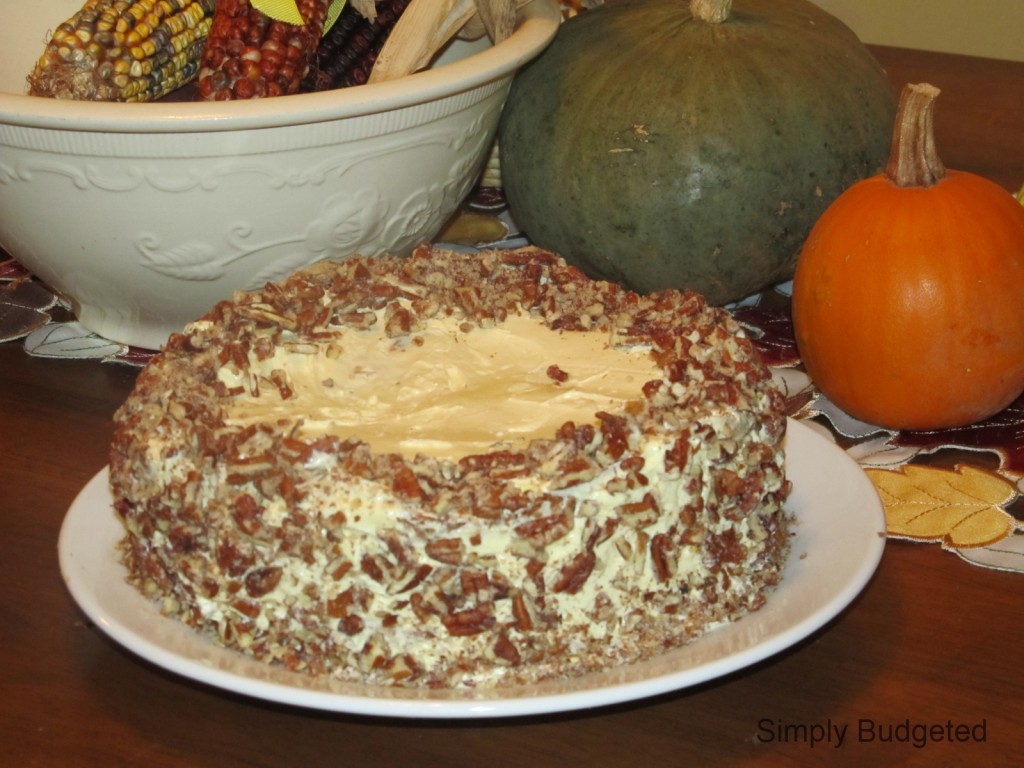 I did have to bake the cake in two batches because I only had two 9″ cake pans. I think one of my layers wasn’t as full as the others because it broke coming out of the pan. The beauty of the icing is that you can’t tell! 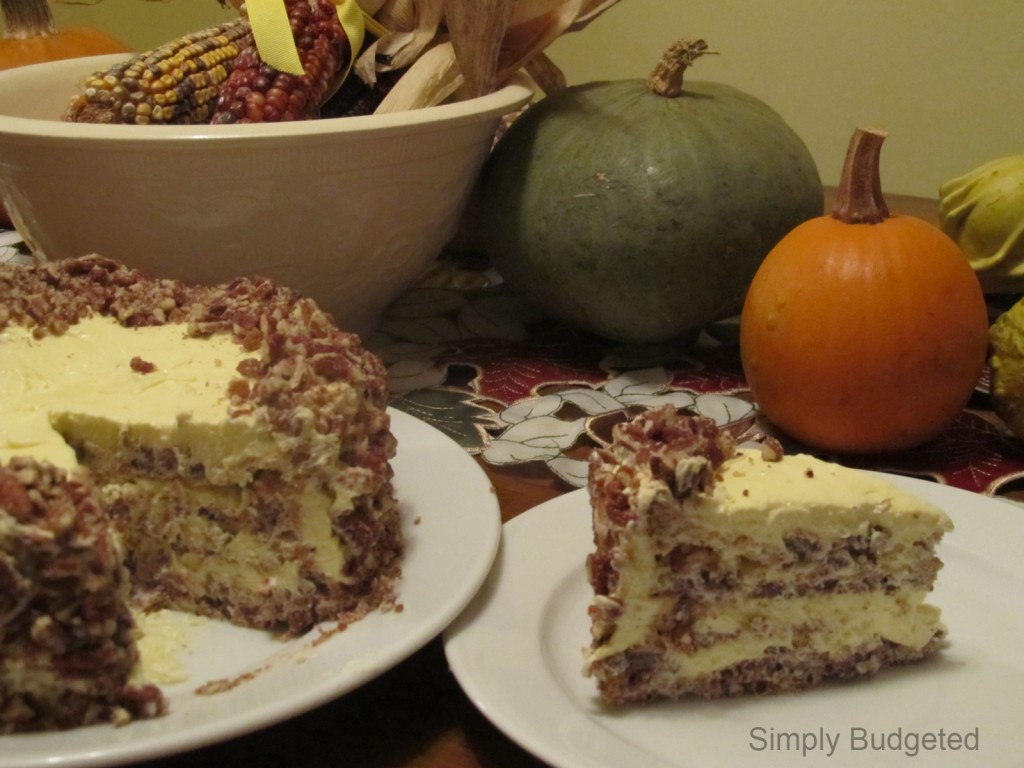 The directions said to eat it within in three days and I know we won’t be able to down this in that time. So I think I will freeze some and take it my dad. He loves pecans so I am thinking he will really love this cake!

Have you ever tried a Sans Rival cake? Do you bake sponge cakes? Leave us a comment and let us know!