We are excited to feature a sponsored post about reducing traffic congestion.

Traffic seems to get worse by the day, but cities don’t want to spend a lot of money on changes that would cost a lot of money. These four cheap methods could reduce congestion in your city. 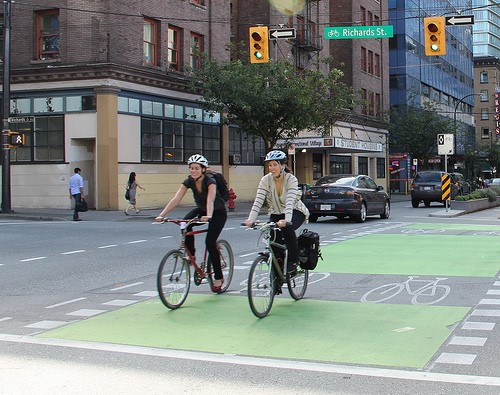 Despite what some city planners seem to believe, adding more car lanes to existing roads does not effectively ease congestion. Instead, new lanes create induced demand, which essentially means that making more room for cars encourages more people to drive, which leads to more crowding.

Research shows that adding bike lanes does a better job at reducing traffic. Bike lane proponents refer to these as Complete Streets. Complete Streets are designed to meet diverse transportation needs. They make it easier for people to choose options other than cars, especially when traveling short distances.

Many cities can create bike lanes simply by repainting streets. It doesn’t get much cheaper than that.

Designating carpool lanes is another cheap method that requires little more than paint and enforcement. Encouraging people to carpool so that they can use the lanes reduces traffic throughout the city. Even if only a few thousand people participate, that’s a few thousand cars removed from crowded streets.

Few things are more frustrating than hitting red lights during a commute. Synchronized traffic signals make it faster for motorists to travel from point A to point B. They also reward people for driving at the speed limit. Those who exceed the speed limit find themselves bumping into more red lights. Those who follow the limit, however, can breeze down the street without any stops.

This isn’t a magic bullet that can solve traffic congestion. In some ways, it could lead to greater induced demand. But synchronizing signals does have some benefit that helps traffic move more smoothly. That can also reduce auto accidents that can delay commuters for hours.

Many cities have bus routes based on outdated commuting patterns. For instance, the bus schedules might assume that people still live in urban centers rather than suburbs. This often leads to a wheel and spoke that forces people to change routes downtown. For those who live in suburban areas, this can add so much time to their daily commutes that they choose to spend money on cars.

Making better bus routes costs little, if any, money. Cities already own the vehicles. They just need to spend some time looking at population density and commuting schedules to decide how they can adjust routes to match the needs of potential riders. The biggest expense is often advertising new routes to people who don’t know that they have better options.

What cheap changes would make a big impact on your city’s traffic congestion?