I know this is wordless Wednesday but if you don’t live on the East Coast you probably didn’t hear this word in the past five days. A dercho is a widespread and long-lived, straight-line windstorm that is associated with a fast-moving band of severe thunderstorms. Generally, derechos are convection-induced and take on a bow echo form of squall line. They travel in the direction of movement of their associated storms, similar to an outflow boundary (gust front), except that the wind is sustained and generally, increases in strength behind the front. A warm-weather phenomenon, derechos occur mostly in summer, especially during June and July in the Northern Hemisphere. (source: wikipedia)

We thankfully only lost one tree and our power was only out 13 hours. Yes, I said only one tree and only 13 hours. 20% of the people without power as a result still don’t have power. They don’t expect power to be fully restored until this Friday … a WEEK later! Many in this area lost many HUGE trees … we lost this one no where near the house.

We were blessed even if the wind did twist the trunk of one of pear trees like it was a toothpick! 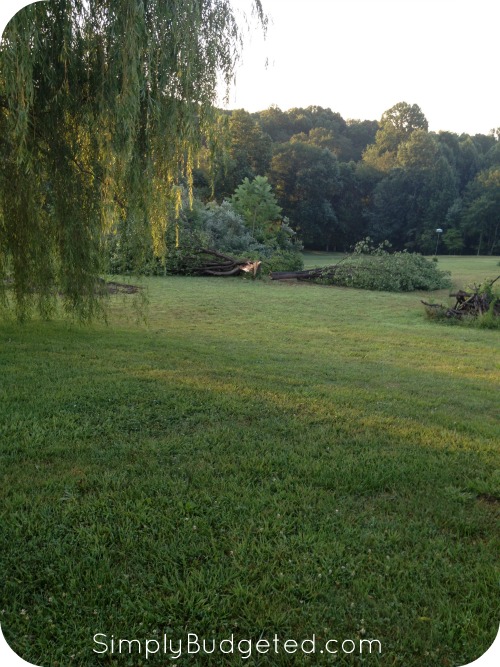 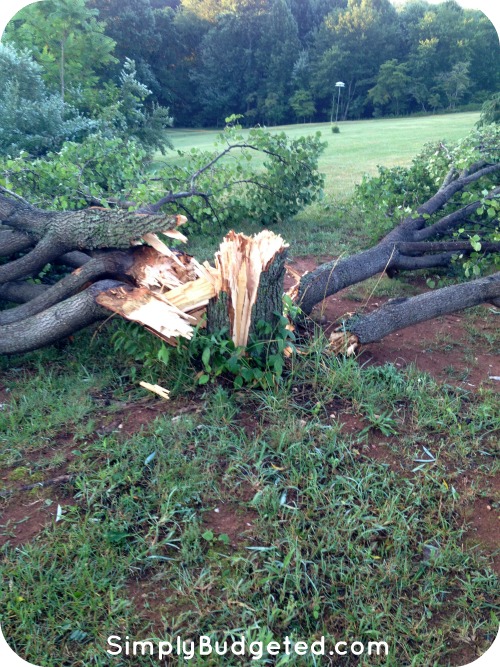 Let us know where your Wordless Wednesday post is …