We are excited to bring a guest post to you today from Steve Siebold!

Just after Thanksgiving comes another American tradition: Black Friday. Millions of people will lineup at retail stores all across the country in hopes of scoring some great deals on merchandise, everything from games and toys to jewelry, electronics, clothing and more.

Unfortunately, another tradition, not as exciting for the Black Friday diehards is that of debt.  While most stores advertise huge savings on hot ticket items, most people fail to recognize the “Black Friday Money Trap” they are stepping into. Just how bad is it?  Last year, American’s spent a whopping $52 Billion.

The core of the problem is that middle Class America is notorious for living beyond its means, especially on Black Friday. People are brainwashed about how much money they are supposedly saving on Black Friday, and they end up buying way more than they would any other day during the year.  In fact, Black Friday leads many people to financial devastation.

The statistics back it up: In 2010, the census bureau reported that total credit card debt in the United States was $886 billion. On Black Friday, either the consumer racks up even more credit card debt than they already have, or they pay cash but spend so much that they don’t have enough left to pay their mortgage, car payments and other essentials.

But there’s some good news for all the Black Friday fanatics out there: you can still enjoy your day of shopping without breaking the bank. The key is mental toughness.

Here are some tips to keep your money mindset in check:

The bottom line when it comes to money on Black Friday: put your emotions on the shelf and let reason be your guide. By all means go out and enjoy getting those doorbuster deals, but be smart and mentally tough about it, and don’t spend more money than you have. 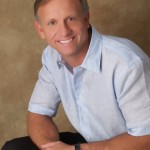 Steve Siebold is author of the book How Rich People Think, which hit # 31 on Amazon.com this year.  He spent the last 30 years interviewing some of the world’s richest people to get inside their heads to see how they really think about money.  He discovered 100 differences in thinking between the middle class and wealthy that are extreme.  For more information and to download five free chapters, visit www.howrichpeoplethinkbook.com