Our Daring Cooks’ December 2011 hostess is Sara from Belly Rumbles! Sara chose awesome Char Sui Bao as our challenge, where we made the buns, Char Sui, and filling from scratch – delicious!

Thanks so much Sara for a great challenge.  I’ve seen these sorts of things on some of the shows that I watch, but never really thought about how to go about making them.  Basically, char sui is a kind of pork barbecue.  Char sui bao is that same barbecue stuffed into a baked or steamed bun.  Since I don’t have a steamer basket, I wound up baking mine.

As I got to making these, I realized how really simple and flexible these could be.  The filling could be just about anything, really.  The char sui filling that we made for the challenge was supposed to have been made with pork tenderloin, but pork chops cost about half as much, so we went with that.  The filling turned out a little dry and chunky, but that’s more my fault than anything.  Next time, I think I will chop things up a little more, make the sauce for the filling a little thicker, and be sure that the dough for the buns is a little thinner.  Also, because these were a little dry for me, I think some sort of dipping sauce would be a nice touch.  Here are a couple of pictures of my little creations. 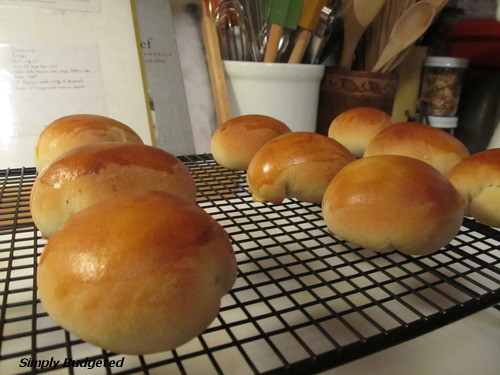 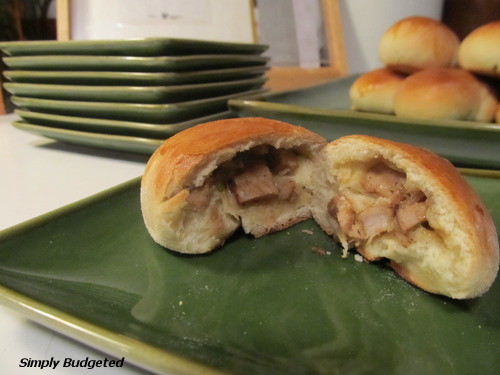 Have you ever tried char sui bao?  If not, I hope you take the opportunity.  Leave us some comments and let us know what you think.  If you need the recipe, just let us know and I’ll get it out to you.  Make sure you take a look at our other Daring Kitchen adventures!